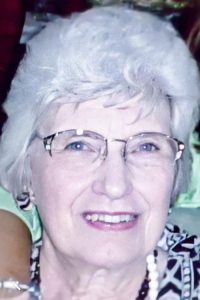 Services were at 11 a.m. Saturday, September 26 at Rohde Funeral Home in Kingsley, Iowa, with the Rev. Berth Kayembe Lundula officiating. Graveside service was at 1:30 p.m. Saturday in Grand Meadow Cemetery in rural Washta, Iowa. Online condolences may be directed to rohdefh.com.

Joan worked at several offices in Fort Dodge before she began a 13-year stint as secretary to the superintendent of the Fort Dodge School system. On June 9, 1962, she and Beryl Fuller were married in Fort Dodge. Following their marriage,

Joan and Beryl made their home in Pierson.

Joan was preceded in death by her parents; her husband, Beryl; and her son, Robert.