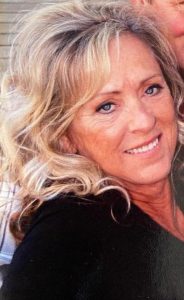 A funeral service was held on Saturday, October 10, 2020 at 11:00 a.m. at the Nicklas D. Jensen Funeral Home of Moville. Burial will be held at a later date.  Online condolences can be made at nicklasdjensenfh.com

Laurie was married to Mike Weaver on February 14, 2014.  She was employed at Jeff Ahlers All State Insurance from April 2000 until her death.  Laurie was also a Pampered Chef and LimeLife Consultant.

She enjoyed cooking, running and camping.   She loved music and going to concerts, as well as traveling with her two cats, Kinnick and Oliver.

She was an avid Hawkeye football fan and enjoyed traveling to games.

She is preceded in death by her mother, Joan Hanford, and her sister, Theresa Fuehrer.