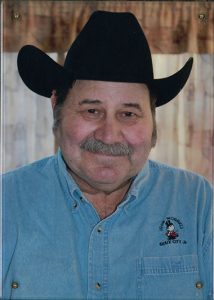 Funeral services were held at 11:00 A.M. on Tuesday, October 13, 2020 at the Hornick United Methodist Church, Hornick, Iowa with Pastor Catie Newman officiating. Music Selections were “Hymn of Promise” – Solo, “Daddy Doesn’t Pray Anymore” – CD, and “So God Made a Farmer” – CD with Crystal Lendt as soloist and Glenna Tevis as accompanist.

Charles was born in Onawa, Iowa on July 25, 1951 to Elmer (Ted) & Adelene Bromander.  Charles graduated from Sloan High School in 1969 then went on to attend Junior College in Brookings, South Dakota.

After college, Charles took a job as a hog buyer for Wagner, in the Sioux City Stockyards.  At the closure of the Stockyards, Charles became employed with John Morrell & Co.  Charles would work up the ladder, becoming the Plant Manager of the Animal Feeds Division until his retirement in 2016.

On December 17, 1988, Charles married the love of his life, Judi Forch.  In to this marriage, Charles brought a beautiful daughter, Jennifer, and a witty son, Theodore (Ted).  Judi also brought a compassionate son, Toby, and a strong daughter, Danielle (Dani).  Together, they formed an impeccable team.

He loved to travel with Judi, never meeting a stranger along the way.  When the cattle allowed, Charles would venture off to places unknown to hunt and/or fish with friends and family.  Family meant everything to Charles, whether a blood relative or a close family friend.

Charles was a member of the Woodbury County Cattlemen, Attica Masonic Lodge No. 502 A.F. & A.M., and Natural Resources Conservation Services, as well as a life-time member of the Hornick United Methodist Church.  He could often be found attending any number of fundraisers in the community, attending his grandchildren’s activities or on his deck enjoying the outdoors with family and friends.

Charles was preceded in death by his grandparents, Elmer and Edith Bromander and Oscar and Violet Satter; father, Elmer (Ted) Bromander; and his beautiful daughter, Jennifer Thompson.