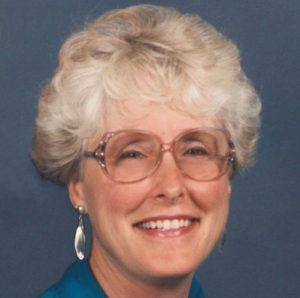 Delphine M. Klingensmith, 79, of Sioux City, passed away Thursday, October 29, 2020, at her residence comforted by family.

Service will be 10:30 a.m. Thursday, November 5 at Mater Dei Parish, Church of the Nativity of Jesus Christ, with the Rev. Daniel Rupp as Celebrant. Burial will follow in Memorial Park Cemetery.

Visitation with the family present will be one hour prior to the service on Thursday at the church. Meyer Brothers Morningside Chapel is assisting the family. Online condolences may be offered at www.meyerbroschapels.com.

Delphine was born on May 19, 1941, in Sioux City, to Thorvald and Josephine (Hoelker) Jensen. She was raised and received her education in Bronson, Iowa, graduating with the Class of 1959.

Delphine married Edward H. “Ed” Klingensmith on May 21, 1960 at Immaculate Conception Catholic Church in Sioux City. The couple moved from Sioux City to Sergeant Bluff before returning to Bronson. In 1969, they moved onto an acreage in Sioux City.

Delphine was a proud wife and mother while her children were home, and once they were in school, she went to work at the Sioux City community school kitchen. She later became manager of East High School kitchen, where she remained until her retirement.

Delphine loved line dancing and being a member of the Siouxland Center for Active Generations. She also enjoyed her past membership to the Catholic Daughters of America, and longtime membership of the Nativity Catholic Church.

Delphine was preceded in death by her parents and her sister, Jolene White.

Memorials may be offered to Sunrise Senior Living in Delphine’s name.