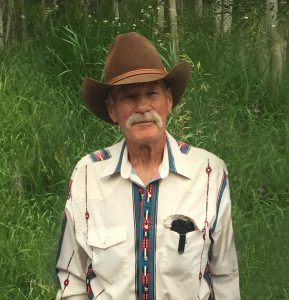 A memorial service will be held at a later date due to COVID-19 and the restrictions.

Jim was born in Anthon, Iowa on December 23, 1944 to Wayne and Frances (Drossel) Etler and was raised on the family farm with his two siblings Karen and Larry.

After graduating Anthon-Oto High School in 1963, Jim enlisted in the U.S. Army Reserves National Guard.  After basic training Jim returned home.  During his inactive status with the US Army, Jim worked in the plumbing and heating business and was also a volunteer fireman for the town of Anthon, Iowa.

In 1968, Jim was called to active duty in Fort Cason, Colorado Springs, Colorado for the Pueblo Incident where he received an honorable discharge in 1969. He had a tremendous love for his country and served it proudly!

Jim married his first wife, Kathleen Goede in 1969.  The following several years were spent living back and forth from Iowa and Colorado.  He completed his plumbing apprenticeship and started his own plumbing business.

Through this time, three children were born.  In 1978, Jim and his family made Colorado their permanent residence where he continued with his plumbing business, E&S Plumbing and Heating, serving Grand County residents beyond retirement.

Jim was a hard worker with an incredible work ethic.  If he wasn’t working on his own projects, he was always helping others with theirs.  He lived every day to the fullest capacity, if he didn’t he considered it “wasting daylight.”

Jim had a need for speed! He was an avid snowmobiler to include modifying them to race both snow and ice drags locally in Colorado and many western states.  He also competed in snowmobile asphalt drags and vintage muscle car drags at Bandimere Speedway in Morrison, Colorado.  He received many trophies and plaques and even acquired the nickname ET (elapsed time).

Jim later met his wife Judy, with whom he spent the rest of his life.  They made their home in rural Parshall, Colorado with their two dogs, Lee and Auggie. They were surrounded by many good friends and family.  Jim will be greatly missed by many who knew and loved him.

Jim was preceded in death by his parents Wayne and Frances Etler; a sister, Karen and a brother-in-law, Larry Huffman.