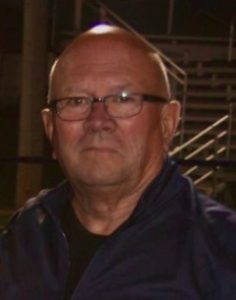 Craig was a lifelong resident of Moville, Iowa and a graduate of Woodbury Central High School in 1968.  He joined the Air National Guard and served from 1969-1975.

Craig married his high school sweetheart, Vicki Countryman, on October 4, 1969 in Moville.  To this union three sons were born.

Craig did various jobs over the course of his life, but spent the majority of those years farming and trucking, retiring in 2019.  He enjoyed time spent on the farm.

Craig loved sports and was very involved in the Woodbury Central wrestling program.  He was also a little league baseball coach and board member.  He enjoyed spending time with his family and Rocky, attending countless Woodbury Central sporting events.

When he wasn’t watching sports he loved being home, but he especially enjoyed being there when his family was there too.

Craig was preceded in death by his father, Lyle McElrath, and his daughter-in-law, Christina McElrath.