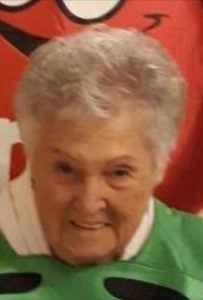 Ruth A. Hofstatter, age 94, of Moville, passed away on Thursday, November 12, 2020 at The Heritage of Northern Hills of Sioux City.

Ruth A. Hofstatter was born September 25, 1926 to Oval and Ethel Vaughn in Colorado.  She was united in marriage to Rudolph Hofstatter on August 25, 1947.

The couple started their married life in Council Bluffs, then moved to Moville and ran Motel 20 from 1959-1976.

They then moved to Kingsley to an acreage and started her retirement at age 47.  They raised their own vegetables and meat, working very hard but also sharing with many.

Ruth loved her time with family and friends and enjoyed time spent in Florida.  She was a great cook, mother, grandmother and wife.  In her younger years she liked bowling.  She was a member of the Jehovah’s Witnesses and felt that her fellow members were like family.

She was preceded in death by her husband, Rudy; her parents, Oval and Ethel Vaughn; her parents-in-law, Alois and Apalonia Hofstatter; two grandsons; sisters and brothers Lucille, Irene and Rolley; brothers-in-law Joe, Louis and Carl; sons-in-law, Gary Kollbaum and Roger Sandvold.