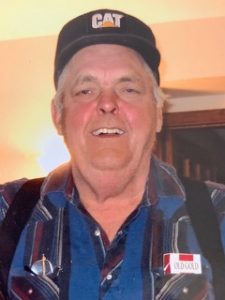 David Duane Mathers, 70, of Correctionville, passed away after a short battle with cancer on Thursday, November 26th, 2020 at UnityPoint Health St Luke’s in Sioux City.

A celebration of his life will be planned at a later date after restrictions due to COVID-19 have been lifted.  The Nicklas D. Jensen Funeral Home of Correctionville is in charge of the arrangements.  Online condolences can be made at nicklasdjensenfh.com

David was born on February 17th, 1950 by Meridan as the fourth of what would be eleven children to Wayne and Norma (Fitch) Mathers. He attended school in Correctionville, graduating from Eastwood High School in 1968. He started working for Sulzbach Construction immediately following graduation.

On June 12th, 1969 he married Patsy Conover, and to this union three children were born. He worked for Lars Ludvigson and Anderson Construction before starting Mathers Construction Company in 1974 and was later joined by brothers, Steve and Mark. He worked alongside his brother Mark until his diagnosis in October.

David was an avid fan of music and played the guitar by ear. In high school he led a band called “David and the Disciples” and he later helped form “The Mathers Brothers Band” with brothers Steve, Bruce, and Brian.

David was preceded in death by his son Nicklas; his parents, Wayne Mathers and Norma Mathers; his brother Steve Mathers, and father-in-law and mother-in-law, Forrest Conover and EmmaJean Conover Schwarz.