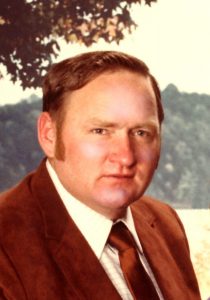 A drive by Memorial Visitation will be held from 3:30p.m. to 5:30 p.m., Tuesday, December 1, 2020, at the family farm at 2731 Lenox Avenue off of Highway 31 in Oto, Iowa. The family requests that you stay in your vehicle as you drive by to pay your respects. Due to COVID-19 guidelines for masks and social distancing, make sure to pause as passing by to sign the guest book and receive a memorial folder from a designated area.

Donald “Don” Harold Johnson, the son of Harold and Ruby (Diddy) Johnson, was born on September 30, 1941, in Monona County, Iowa. He grew up in the Soldier area. He received his education in the Soldier School District and graduated with the class of 1959.

On December 26, 1968, Don married the love of his life, Kathleen Kruse, in the St. Peter’s United Church of Christ of Mapleton, Iowa. The couple made their home in Solider and were blessed with two sons, Doug and Jeff.

In 1978, the couple moved to their forever home in Oto, Iowa. Don actively farmed from 1978-2012. He enjoyed farming with his two sons and wife Kathy. He was a member of St. Peter’s United Church Christ of Mapleton.

In his spare time, Don enjoyed traveling with Kathy and taking his annual trip to the National Farm Machinery Show in Louisville, Kentucky.

He was an avid tractor collector and liked attending tractor pulls, tractor rides, and spending time with his friends, family and especially his grandchildren.

Don was preceded in death by his parents Harold and Ruby Johnson.