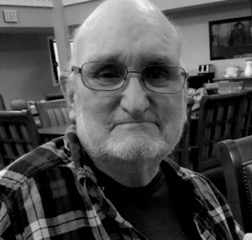 Due to COVID-19 restrictions, a graveside service will be postponed until summer with date to be announced. Burial will be in the Arlington Cemetery of Moville.

Darrell was born April 24, 1937 in Sioux City, Iowa to Hugo and Grace Grubel. In the summer of 1988, he married Karen Blanton Zahursky.

The couple lived in Sioux City and then in Moville, Iowa until 2016, when they moved to Northern Hill Retirement Home in Sioux City.

Darrell worked much of his career as an auto mechanic spending many years working for Automotive Electric, a company his Dad founded.

Darrell loved woodcarving, camping, fishing. But what gave him the most joy was just visiting with people. Everyone was his friend and he could talk for hours.

He and Karen “adopted” several children in the community and their families. He was extremely proud of his extended “family” and the love they shared.

He is survived by his wife Karen, who now lives at Care Initiatives in Correctionville, Iowa. Sympathies may be extended to Karen c/o Marla Treiber, 725 Logan Dr. Moville, IA 51039

Darrell was preceded in death by his parents; his sister, Claire Clark; and his brothers, Dale Grubel and Rich Grubel.