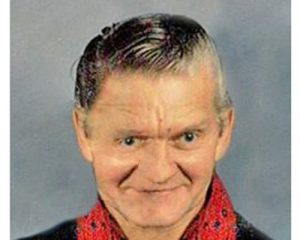 Loran Larson, the son of Raymond and Fern (Kaelke) Larson, was born April 19, 1945 in Sioux City.

He grew up in the area and graduated from Woodbury Central High School.

Following high school, he began working in Sioux City. He enjoyed watching movies at home. He was a very loving man to his family.

He is preceded in death by his parents and his daughter, April.