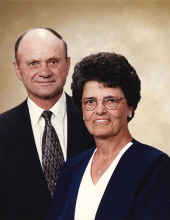 Lucille I. Heinse, age 88, of Anthon, Iowa, passed away on Wednesday, November 25, 2020 at the MercyOne Siouxland Medical Center of Sioux City, Iowa.

Armstrong-Van Houten Funeral Home of Anthon, is handling arrangements.  Condolences may be sent to www.armstrongfuneral.com

She was born on December 14, 1931 in Hornick, Iowa, the daughter of Benjamin and Edith (Weber) Claus. Lucille attended school in Holly Springs, Iowa, until relocating with her parents to a farm near Anthon, Iowa.

During her school years she enjoyed playing basketball and the bond she shared with her teammates. She graduated from Anthon High School with the class of 1949.

After graduating, Lucille worked at the soil conservation office in Anthon until she married the love of her life, Edward Heinse.

Lucille enjoyed playing cards, gardening, sewing, and golfing. She made many handmade quilts for her family and with her church circle for World Relief.   In 2019, Lucille pieced together over 100 quilt tops.

Edward David Heinse, age 94, passed away on November 30, 2020 at the Willow Dale Wellness Village of Battle Creek, Iowa. He was welcomed home by his loving and devoted wife Lucille.

Ed was born on September 5, 1926 in Danbury, Iowa, the son of William Sr. and Carrie (Hansen) Heinse.

Ed was baptized and confirmed in his faith at the St. Paul Lutheran Church, Midway of rural Battle Creek, Iowa. He was a lifetime member and held many offices within the church.

Upon completion of the 8th grade, Ed continued to work for the family-owned and operated Chicken Hatchery. He also pursued his lifelong ambitions of farming alongside his father.

On August 11, 1950, Edward married Lucille Claus in the St. Paul Lutheran Church, Midway. Together Ed and Lucille worked side by side in their farming and cattle feeding operation northeast of Anthon, Iowa. In 1961 he received an award as the Outstanding Young Farmer from the Junior Chamber of Commerce of Sioux City, Iowa.

Lucille and Ed treasured 70 years of marriage, memories, and family.  They enjoyed traveling the world in their RV and spent many winters in Arizona.

In lieu of flowers, memorials may be directed to the family to be donated to a cause of their choice.