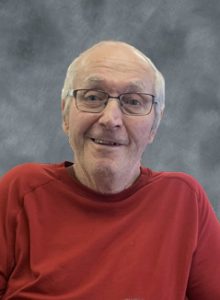 The Christensen-Van Houten Funeral Home of Battle Creek, Iowa is in charge of the funeral arrangements. Condolences may be sent online to www.christensenvanhouten.com

Marshall grew up on a farm near Battle Creek, Iowa. He received his education at the St. Mary’s Catholic School of Danbury and graduated with the class of 1959.

He married the love of his life, Sheryl Smith, on July 5, 1962. The couple were blessed with four children: Dena, Dan, Kirk, and Kim.

A man of the earth, Marshall farmed all of his life. He loved working the land and raising livestock. He was a devoted caregiver throughout his life, lovingly caring for his wife after an illness for 20 years and for his mother in the last years of her life.  His Catholic faith was very important and he was a faithful member of the St. Mary’s Catholic Church of Danbury.

In his free time, Marshall enjoyed the great outdoors, hunting, fishing, camping, and grilling. He also loved music and dancing, card and marble games, and having drinks and snacks with his friends and neighbors.

Marshall had a soft spot for children which was evident whenever they were around.  His grandchildren were the highlight of his life and he always had them laughing. He was proud of his family and often spoke of them with pride and joy.

A loving husband, dad, pa bear & grandpa will be dearly missed by his family, friends and caregivers at Good Sam.