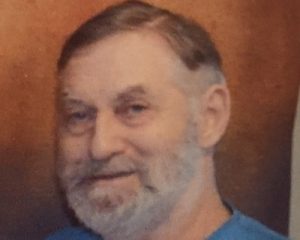 A private funeral service was at 10 a.m. Wednesday, December 16 at Meyer Brothers Colonial Chapel. The service will be live streamed at https:/youtu.bewhMIZUPcmU. Burial is at Good Hope Cemetery in Correctionville. Online condolences can be expressed at www.meyerbroschapels.com.

Steven was born May 3, 1953, at Andrews Air Force Base in Washington D.C., the son of Darrel and Donna (Willer) Caskey. After returning from the service, the family started farming near Westfield. They later moved to the South Dakota side of Akron where his two siblings were born, Penny and Doug.

Steve and Doug attended school at Union Creek School until they family moved to Westfield again in 1966. He then attended Westfield Community Schools.

He decided on a change of career and moved to Sioux City, and he started working in maintenance for an apartment complex where he became what he called a “house mechanic.” He retired in 2018 and did some work here and there to help people out until he passed away.

In 1976, Steven married Seanna Mizerski in South Sioux City. They had a daughter, Mary Caskey, in 1980.

On August 1, 1986, Steve married Sharon Putzier. To this marriage, seven additional children were brought into the family, Dale, Dennis, Don, Deb, Krystal, Tina, and Kandi Putzier which made them a family of 10.

Sharon passed away three days prior to Steven.

Steve and Sharon joined the Church of Jesus Christ Latter-Day Saints, they were sealed together on July 26, 2006 in a Temple in Omaha. He was active in the church and taught Sunday school.

In lieu of flowers, donations can be directed to the family.