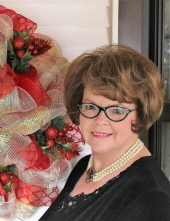 Connie Rae Johnson was born on February 17, 1949, to Everett and Lavina (Larson) Price, in Onawa, Iowa. She grew up in Mapleton, Iowa, where she received her education and graduated from Maple Valley High School.

After high school, Connie relocated to Sioux City, Iowa, where she worked for an abstracting company before starting a clerical career with the Iowa DOT. While working for the DOT, Connie met the love of her life, Gary D. Johnson, and they were united in marriage on July 23, 1971 in the Church of Christ of Mapleton, Iowa.

The couple made their home in Moville, Iowa and in 1979 they relocated to Ida Grove, Iowa, where Connie worked as a secretary for MAU trucking and later in the accounting office for VT Industries. She retired in 2014 to become a caregiver for her husband Gary.

Connie was an accomplished seamstress. She loved quilting, crafts, family, and all animals, especially dogs and cats.