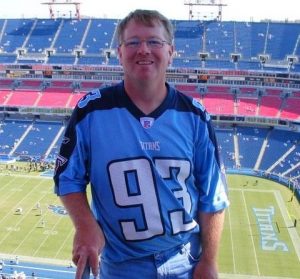 Michael D. Frahm, 50, of Correctionville, passed away on Tuesday, December 22, 2020 at the Unity Point Health – St. Luke’s of Sioux City.

A funeral service was held on Tuesday, December 29, 2020 at 10:30 AM at the Nicklas D. Jensen Funeral Home of Correctionville with Clif Cockburn officiating.  Burial was held at the Correctionville Cemetery.

In lieu of flowers, memorials in Mike’s name will be put towards a bench on the river, in one of Mike’s favorite spots.

Michael Daniel Frahm was born September 22, 1970 in Sioux City, Iowa to Daniel and Corrine (Newman) Frahm.  He graduated from Eastwood High School in 1989.

Mike was united in marriage to Loretta Roggatz on July 3, 1997 in Elk Point, SD.  To this union two children were born, Britney and Erin.  They made their home in Correctionville, Iowa.

After graduation Mike started his working career at Byron Originals in Ida Grove.  He then worked at MCI of Sergeant Bluff, Gateway of North Sioux City, Sioux City Paint and Decorating and at the City of Correctionville before becoming self-employed doing woodworking and mowing.

He loved canoeing, sitting by the fire pit and time spent with family and friends.  He enjoyed watching his teams the Tennessee Titans and the Edmonton Oilers as well as motocross and supercross.