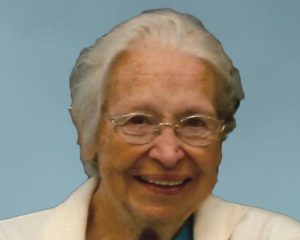 A Private Family Funeral Service was held on Monday, December 28, 2020, at the United Church of Christ of Oto, Iowa. Pastor Karen Handke officiated. Committal Services followed in the Correctionville Cemetery.  The Armstrong – Van Houten Funeral Home of Anthon, Iowa is in charge of the funeral arrangements.

Reba Elaine Downey age 82, of Anthon, Iowa, passed away at her home on December 23, 2020 surrounded by her loved ones.

She was born on April 1, 1938 in Sioux City, Iowa to Gilbert and Mildred (Livermore) Downing. She was raised in Oto, Iowa, and received her education there.

On February 23, 1955, Reba was united in marriage to LaWayne Downey in Oto. To this union three children were born: Raleigh, Linda and Roger.

Reba loved to craft. She traveled and offered her creations for sale at many craft fairs, flea markets, vendor fairs, and swap meets, making many friends along the way. Reba was an avid doll collector and liked antiquing. She was known for her talents as a baker and cake decorator. You may have even ordered or eaten one of her beautiful, delicious cakes over the years.

Reba cherished and treasured spending time with her family, especially with her children and grandchildren.