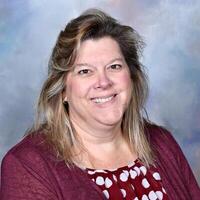 Private family services will be held at St. Joseph Catholic Church in Salix, Iowa, at 10:30 A.M. Saturday, January 16. There will be a live stream available to attend online. Visitation will be open to the public with the family present on Friday, January 15, 2021, from 5:00 – 7:00 P.M. at the Mohr & Becker-Hunt Funeral Home in South Sioux City, Nebraska.

Due to COVID 19, masks are required and social distancing will be enforced. Burial will be at the St. Joseph Catholic Cemetery in Salix, Iowa. Online condolences may be given at www.meyerbroschapels.com.

Cherie was born on October 1, 1967, the daughter of Edward and Judy (Richter) Heilers. She was a member of the National Honor Society and graduated with honors from Prairie High School in Cedar Rapids, Iowa, in 1986.

She received her bachelor’s degree from Loras College in Dubuque, Iowa, in 1990 and her master’s degree from Wayne State College in Wayne, Nebraska, in 2010, both with academic honors. Cherie also excelled as a high school and college athlete.

As a senior at Prairie High School, she was named All-Around Female Athlete of the Year. She went on to excel in both volleyball and basketball at Loras College in Dubuque, Iowa. Cherie married Robert Dandurand on June 27, 1998, in Moville, Iowa. To this union, two sons were born.

Cherie was a member of St. Joseph Catholic Church, where she taught CCD for 15 years. She was active in Boy Scouts as the Chair of the Troop Committee and was her sons number one cheerleader for all of their activities. In her free time, Cherie was an avid reader. She was an amazing wife, mother, teacher, and friend and will be missed and cherished by many.

Cherie was preceded in death by her mother, Judy Heilers, and her mother-in-law, Diane Dandurand.