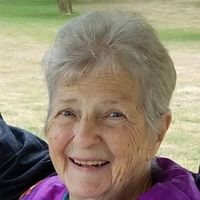 Mildred M. “Milly” Stolen, 93 of Sioux City, passed away at her home surrounded by her family on Sunday, January 3, 2021.

She worked at the Sioux City Battery Company where she met her husband, Fred. On September 20, 1947 in Sioux City. Milly and Fred were married for 69 years when Fred passed in 2016.

To their marriage were born two daughters, Bianca and Kim. Milly and Fred also added two foster sons, Stacey and Dallas, to their family.

Milly served many people through her work at the Community Action Agency, “The AID Center” and at the local polling places for many elections. Milly also served as a troop leader for the Girl Scouts and was active in at her church, St. Luke Lutheran.

She supported Fred’s passion for baseball by running the concession stand at Headid for many years and being the Saints’ biggest fan.

She was always there to cheer them on (or some might say to give her two cents about what they did wrong). She loved to harass the ballplayers for sneaking candy, pop, or ice. Milly and Fred also ran the concession stand for Morningside College basketball games (Go Chiefs!)

Milly built many lasting relationships during all those fun times.

Milly could also be found at all of her grandkids’ events. She loved watching them learn and grow. She was always there to spoil them and gave them the best hugs.

Some things that Milly was known for included voicing her opinion, playing the slots, her famous Spanish Rice meal at family functions, French-braiding all the girls hair, taking care of others and loving her family.

Milly is preceded in death by her husband, Fred; her parents, Roy and Hazel; three brothers, Lloyd, Donnie, and Darrell; one sister, Marion; two grandchildren, Tamara and Nathan; and many other loved ones.