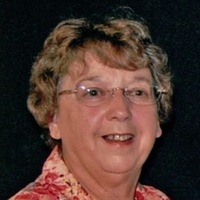 Funeral Services will be held at a later date. Private Burial will be at McCook Lake Cemetery in North Sioux City, South Dakota. Waterbury Funeral Services of Sioux City is assisting the family with arrangements.

Alene Avilla Brant was born in Anthon, Iowa to Vern and Molly (Myers) Brant a week before Pearl Harbor, November 30, 1941.  She grew up on the family farm east of Anthon and graduated from Anthon High School in 1959.  She began college at Westmar College in LeMars, Iowa, before taking a job as a legal secretary in Sioux City.

In addition to secretarial jobs, she owned the Corner Drive-In and the Homestead Cafe in Anthon for several years.

She also sold Tupperware and Avon for many years. She finished her college Bachelor’s Degree at Westmar College and substitute taught.  She worked in the Sales Department, Legal Department and Accounting before retiring from Gateway Computers in North Sioux City, South Dakota.

After retiring she continued gardening, cooking, raising chickens and other animals on her acreage, and volunteering at St. Vincent de Paul Thrift Shop in North Sioux City and the Bargain Center in Sioux City.

She was preceded in death by her parents, her son Paul Keitges, and both husbands.