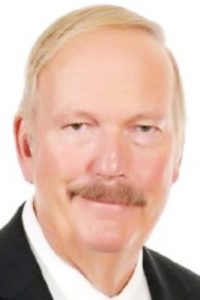 The loving heart of Steven Ray Hathaway of Buckeye, Arizona, formerly Kingsley, Iowa, stopped beating on Wednesday, Jan. 20, 2021, after a courageous three-year battle with Multiple Systems Atrophy. He passed peacefully at home surrounded by his wife and son after enjoying a day in the Arizona warmth, food from his favorite restaurant, and an evening talking about good times.

A private Celebration of Life will be scheduled at a later date with close friends and family.  In lieu of flowers, donations can be made to the Abu Bekr Shriners organization at 820 Nebraska Street, Sioux City Iowa 51101.

Steve was born to Howard and Alice Hathaway (Paulson) on June 22, 1950, in Kingsley. As a child Steve became a prolific and dedicated farmer under the tutelage of his dad.

Steven attended Kingsley High School, graduating in 1968. He was a member of Pierson Christian Church. On March 22, 1997 Steven was united in loving marriage to Lisa Hathaway (Rasmussen) in Sioux City. It was while in high school that Steve fell head over heels for his first love, CARS. Over the next five decades, Steve spent endless hours buying, researching, and restoring 132 cars, trucks and motorcycles, with his 1957 Corvette being his last masterpiece.

After high school Steve enlisted in the United States Army Reserves serving six years along with working for D&B construction, until his first love tugged at his heart once again and shifted his full attention back to his passion for cars. Steve spent the following 37 years at Charlie Zook Motors where he perfected and taught the art of auto body restoration.

When he was not working on cars, Steve enjoyed attending the annual Sturgis and Daytona Beach motorcycle rallies, golfing, hunting, and vacationing with his wife and close friends along with showing his passion for helping others while serving as a 29-year member of Morningside 615 Lodge Abu Bekr Shrine.

Upon Steve’s retirement in 2013, both he and his wife retreated to the warm sunny skies of Phoenix, Arizona.

During his retirement years Steve enjoyed spending time with his loved ones by the family pool, visits from Iowa friends, attending musical and play productions in his retirement community, tending to his flowering landscape overlooking the golf course, feeding the local roadrunners, tinkering with his corvettes, motorcycling in the mountains (even at 27 degrees), attending car shows, spending countless days on cruise ships, eating at favorite restaurants, golfing and perfecting a new passion for skeet and trap shooting while belonging to the Goodyear, Arizona Pebble Creek Gun Club.