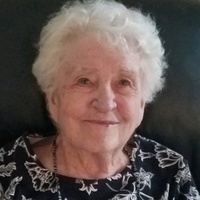 Barbara J. Borkowski, 84 of Climbing Hill, Iowa, passed away Friday, February 5, at her home surrounded by her family.

Funeral Services will be held 10 am Saturday, February 13, 2021 at the First Baptist Church in Climbing Hill where she was a member. Burial will be in West Fork Township, Climbing Hill. Visitation will be one hour prior to service time at the church.  Arrangements are under the direction of Waterbury Funeral Service of Sergeant Bluff.

She was born December 16, 1936 in Carroll, Iowa to Robert Andrew and Ruth Adelia (Rollins) Whiteing. She was later joined by a sister Donna and a brother Jim. She attended school near Vail, Iowa before attending high school in Denison, Iowa.

She went to Buena Vista University in Storm Lake, Iowa where she received her teaching certificate and completed her teacher training in Irwin, Iowa.

She taught schools in Soldier, Iowa, and at Hayes School in Storm Lake and later in Deepwater, Missouri.

She met the love of her life while attending college in Storm Lake and after a long distance courtship Barbara & Russell were married January 20, 1960 in Denison, Iowa.

After the wedding she followed her husband to different ports of call in the Navy including Pensacola Florida, Quonset Point Rhode Island, and San Diego California.

Their union was blessed by 3 daughters. Later in life she followed Russ to different job sites like South Dakota, Nebraska, Iowa, Oklahoma and Missouri before permanently landing in Climbing Hill, Iowa.

One of her favorite fishing stories was that after completing a perfect face plant while getting down to the water’s edge, she picked herself up and then proceeded to catch a large walleye before Russ had even started. She then caught some Northerns also.

She and Russ enjoyed going on scenic trike rides with their “biker” friends often traveling to the different freedom rocks around Iowa as well as other destinations.

Barbara was preceded in death by both her parents and her sister, Donna Borgeson.