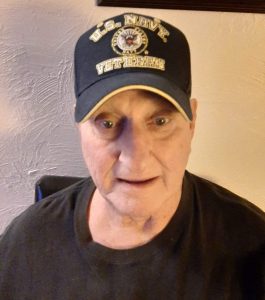 Jim graduated from Kingsley High School in 1963, joined the US Navy in 1964, and served on the aircraft carrier USS Oriskany during the Vietnam War from 1964 – 1968.  He moved to and resided in Tucson in 1969 and worked for the Portland Cement Corporation until his retirement in 2014.

He is proceeded in death by his wife Sherrill and his parents, James & Gladys Mitchell.

He is survived by his sister Sharon and brother Larry.

Due to current restrictions in Arizona, a small viewing/memorial service was held on January 23d.