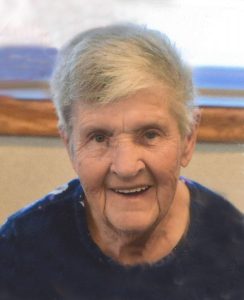 Private family funeral services will take place at the Johnson – Earnest Funeral Home in Kingsley.  Burial will follow at the Kingsley Cemetery.  Expressions of sympathy may be directed to www.mauerjohnsonfh.com

Karen Lee Underwood was born on October 10, 1940 in Union Township, Plymouth County, Iowa, the daughter of William Wesley and LaVern (Wenzel) Dalton.  She graduated from Union High School, rural Remsen, Iowa.  In 1957, Karen married Wayne Kappler.  While Wayne was serving in the military the couple lived in Texas, Germany and Oklahoma.  They divorced and Karen moved to Le Mars, Iowa in 1964.  She took a position at the truck stop.

She married Victor Renken in 1965 and they moved to Sioux City, Iowa.  She continued her truck stop work in Sioux City.  They divorced in 1980 and Karen began a career in over the road trucking.

Karen married Melvin Underwood in 1982.  Along with trucking throughout the United States, Karen worked as a dispatcher and driver for Anthony Trucking in Le Mars.

She was a “jack of all trades” and could fix just about anything.

She enjoyed carpentry and cabinet work along with being an accomplished seamstress.

She was preceded in death by her parents; husband, Melvin Underwood; a great-grandson, Michael Saline; and a sister, Maxine Conner.