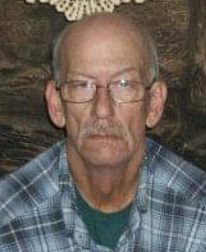 A Celebration of Life will be held at a later date. The Nicklas D. Jensen Funeral Home of Moville is in charge of the arrangements.  Online condolences can be made at nicklasdjensenfh.com

Roger passed away on Wednesday, February 3, 2021, at the Good Samaritan Society of Holstein.

Roger L. Mercer was born January 21, 1953 in Sioux City, Iowa to James and Dorothy (Hickmon) Mercer.  He attended school in Sergeant Bluff in his early years and then finished his education in Florida.

Roger was united in marriage to Carol Lutz in Bonita Springs, Florida.  They were later divorced. He was an owner/operator truck driver his entire lifetime.  In his free time he enjoyed hunting and fishing.

He is survived by his brother John (Karen) Mercer of Moville, IA and a niece and four nephews.

Roger was preceded in death by his grandparents; his parents; and a brother, Ron.