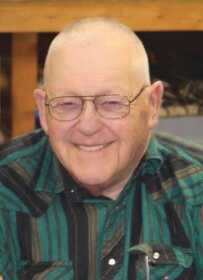 Ron was born July 13, 1941, in Granville, the son of Emil and Elizabeth (Staab) Schilmoeller.

Ron was raised on the family farm south of Granville, before moving to the farm east of Remsen. After graduating from St. Mary’s in 1959, Ron entered the National Guard and attended Westmar College. Ron worked at several places including Sand Seed Services, Coop and Propane of Marcus and Remsen.

On July 24, 1965, he married Evelyn Krogman and made their home on a farm near Marcus.

While farming, Ron worked several jobs including bartending at the Hawkeye and New Holland. They moved to the Schilmoeller family farm in 1982 near Remsen. He worked at Diamond Vogel as a watchman and part time for Mayer Feedlot and M&O Farms. He retired from farming after his wife, Evelyn, died in 2011.

He married Jeanne Weinreich on Jan. 16, 2013. They enjoyed eating out and spending time with each other and family.

Ron was a member of St. Mary’s Catholic Church, Farm Bureau, Pioneer Tractor Club, Briggs Motor Coffee Group, and several years of bowling and scorekeeping. He loved spending time with his family, restoring his 1950 TO-20 Ferguson, and fishing.

Ron was preceded in death by his wife, Evelyn; his parents; and several other family members.