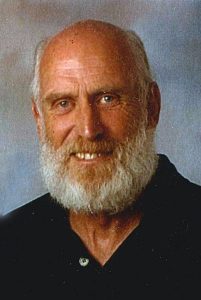 Floyd E. Pfaffle, 79, of Kingsley, a passed away Saturday, February 6, 2021 at his home following a six-month illness.

A public visitation time will take place from 4-7 p.m. on Thursday, February 11, 2021 at the Johnson – Earnest Funeral Home in Kingsley. A private family funeral service will follow with burial at the Kingsley Cemetery. Rev. Jason Letsche will officiate. Expressions of sympathy may be directed through www.mauerjohnsonfh.com

Floyd Edwin Pfaffle was born September 24, 1941, in Le Mars, Iowa, the son of Earl and Edna (Knight) Pfaffle. He grew up on the family farm northeast of Kingsley.

Floyd was baptized and confirmed at Trinity Lutheran Church in rural Marcus. He attended Henry Township Country School until 7th grade and graduated from Kingsley High School in 1959. While in high school, he was a three-sport athlete and also shared his musical talents by participating in band and choir. It was in high school that Floyd met Joyce Noble and the two became high school sweethearts.

Floyd joined the Air National Guard in 1959 and served for six years. Following his time at the air base, Floyd began farming with his father, Earl, and his brother, Wayne.

Floyd was united in marriage to Joyce Noble on May 28, 1961, at First Lutheran Church in Kingsley, Iowa. To this union two sons were born, Todd and Steve. They lived on the farm for 40 years and moved into Kingsley in 2001. Floyd continued to farm the family land until his illness in August of 2020. Farming was a life-long passion of Floyd’s. He was considered a steward of the soil and believed strongly in conservation practices.

Floyd was an avid Hawkeye fan and one of his dreams was to take his sons and grandsons to the Big 10 basketball tournament in Indianapolis. The five Pfaffle men accomplished this in 2015. Floyd enjoyed watching his sons and grandchildren’s sporting and musical events. During harvest, Joyce was always amazed at how Floyd could shut down the combine at noon on Fridays so he could make the kick-off of his grandsons’ football games four hours away.

Dogs have always played an important role in Floyd’s life. No dog was more special than Nike who saved Floyd’s life in a farm accident in 1992.

Floyd and Joyce have enjoyed their travels to Green Valley, Arizona, for the last ten years. Floyd loved the warmth of the Arizona sun.