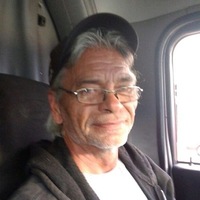 Laurence “Mike” Michael Bertrand was born on October 24, 1959 in Sioux City, Iowa, the son of Terrance and Frances (Klaus) Bertrand. He attended Westwood High School and graduated in 1977. He married Peggy Wilkens on July 10, 1989.

Mike worked from packing houses, to manufacturing computers at gateway to driving a semi truck around the world. Mike loved the outdoors including fishing, hunting, golfing and camping. Pretty much anything outdoors. His favorite holiday was the 4th of July where he loved to put on the biggest display! He loved the fireworks.