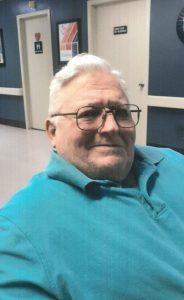 A Celebration of Life Service will be held at 2:00 p.m. on Sunday, March 14, 2021 at New Life Baptist Church in Kingsley, Iowa. Pastor Ken Kraft will officiate. Visitation with the family will begin at 1:30 p.m. at the church. The Mauer – Johnson Funeral Home in Le Mars is assisting Jarold’s family with arrangements. Expressions of sympathy may be directed through www.mauerjohnsonfh.com

Jarold Dean Sorgdrager was born on January 7, 1937 to Kenneth and Marguerite (Stinton) Sorgdrager along with his twin brother, Darold, during a blizzard on the family farm west of Le Mars, Iowa. He attended country school until eighth grade and at that time went to work on the family farm. Cows, pigs, chickens and lambs were the family pets.

Jarold was united in marriage to Mavis Cooper in 1961. They had four children together and later divorced but he continued to love her until his dying day. He was a giving, hardworking, simple man. He always enjoyed visitors and offered them Kool-Aid and cookies. And before they left, he would always send something home with them.

In 2007, Jarold accepted Christ. On two different occasions he visited heaven; whether a dream or a vision, only he knows. One visit was talking to Mavis in a beautiful valley with a babbling brook and sheep on the hillside.

After a while, Jesus told Mavis she had to go with him and it was time for Jarold to go back. Jarold wanted to stay but Jesus told him it wasn’t his time and he returned. Jarold always talked about the beauty and how peaceful the valley was. Even though he was color blind, he could still see the beautiful colors.

He was preceded in death by his parents; a twin brother, Darold; and numerous aunts and uncles.