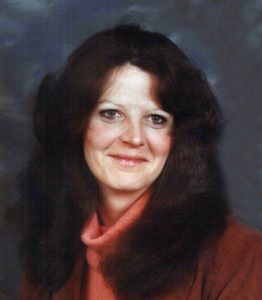 Judith Elizabeth Holmberg was born on June 3, 1950 in Adrian, Minnesota, the daughter of Elmer and Clotilde (Meis) Wolf.  She attended Gehlen Catholic Schools and graduated from high school in 1968.

She married Joseph Holmberg on June 7, 1969 at St. Joseph’s Catholic Church in Le Mars. They made their home in Sioux City where they were blessed with a daughter, Shari. They were later divorced.

In the fall of 1992, she met Steve Mrla, with whom she would share the next 29 years of her life.

Judith worked at various businesses in Sioux City throughout the years. She worked for many years at Saunders Oil as a clerk and bookkeeper. She also worked at Eagle Transportation and the Palmer House.

In her spare time, Judith enjoyed dancing, reading and trips to the casino.

She was preceded in death by her parents and her brothers, Elmer “Sonny” and Richard “Dick” Wolf.