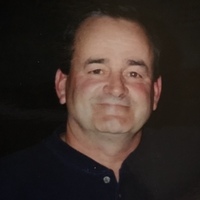 A memorial service is planned for Neal on Saturday, March 27 from 4-6 p.m. at the Moville Community Center.

Neal was born October 15, 1949 near Oto, Iowa the son of Eugene and Sharn (Sherman) Lloyd. He graduated from Woodbury Central in 1967 and continued his education at Barber School in Le Mars.

Over the years, Neal operated heavy equipment, assembled throttle bodies for GM Rochester Products and worked the line at IBP.

First and foremost he was a farmer and was known for his custom baling and windrowing business. “Lefty” was a Harley man who enjoyed road trips and socializing with family and friends “from here to Missouri Valley”. He never knew a stranger, and he always had a story to tell.