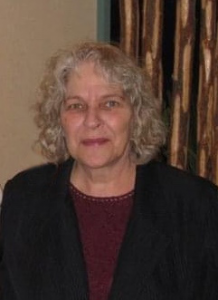 Constance “Connie” J. Dau, age 75, of Holstein, passed away on Wednesday, March 24, 2021 at the Cherokee Regional Medical Center of Cherokee.

Connie was born on May 30, 1945 to Phyllis Alf in Sioux City, Iowa. She attended grade school at Sioux City Heelan and graduated from South Sioux City High School in 1963. Connie was united in marriage to Randy Dau on December 26, 1983.

Connie was a social worker for most of her career working for the Woodbury County Community Action Agency.

She was an advocate in the community for women, co-founding Women Aware and the Battered Women’s Shelter. Connie started the Homeless Project in addition to being involved in many other community organizations that helped people in need.

She then worked at Proteus, Inc., where she worked with regional and migrant farm workers. She later worked for Goodwill of Siouxland, where she oversaw 16 stores in 13 cities and four states.

In 2008, Randy and Connie purchased a small truck stop in Defiance, Iowa where people enjoyed her food and company for nine years.

After retirement, Connie enjoyed spending time with grandchildren, collecting, and spending time at the lakes. She made friends everywhere she went and loved to tell jokes.

Connie was preceded in death by her mother, Phyllis Vilim, and her father-in-law, Clarence Dau.