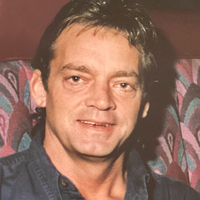 A great American died on March 26, 2021 as Steven Lee Funk, 73, of Moville, ended his courageous battle with dementia in his home surrounded by his family.

Funeral service was March 31 at 10:30 a.m. at Immaculate Conception Catholic Church in Moville. Burial is at Arlington Cemetery in Moville. Arrangements are with Meyer Brothers Morningside Chapel.

Steve was, to say the least, a hell raiser and he never followed the conventional plan. He ended his formal education at Heelan High School in May 1963. About the same time, he met the love of his life, Twila Jane Street. Knowing that they had to be together, they drove to Elk Point, South Dakota and were married by a Justice of the Peace.

Steve worked as truck driver, dispatcher and safety director at several trucking companies. Steve and TJ left the Siouxland area in 1969 and they moved to Southern California where Steve worked for GM Motors.

After several years in California, Steve and TJ returned to Iowa. From 1989 – 1996 Steve owned and operated Grampas Bar in Moville, Iowa which was previously owned by his great grandfather, Adam Funk. Steve and TJ currently reside in Sioux City.

Steve loved his family and enjoyed Chevy muscle cars, traveling, and playing black jack. You may remember that he was a tremendous pitcher in baseball. Once he retired he decided to pursue his passion of blackjack as a dealer at several casinos, including Nevada.

Steve never met a stranger; he had thousands of friends and few enemies. He enjoyed a good smoke, a cold beer, a smooth whiskey, and Glenlivet Scotch. When in doubt, Steve always turned to his favorite credo, “What would Roy Rogers do?”

In his declining days he was cared for by his wife of 55 years, and his family members. The man who loved life and taught his children to enjoy the days to come is now safely in the arms of Jesus. He will be missed as a father, grandfather, great-grandfather, friend and soul mate.