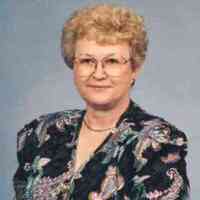 Claudette was born on July 6, 1936 in Red Oak, Iowa, the daughter of Francis and Esther (Wright) Hettwer.

She graduated from the Cushing High School in 1955. She married Norman Hummel on December 28, 1957. After their divorce, she moved to Sioux City in 1969. For 33 years she worked at the Marian Health Center as a Registration Clerk, retiring in 2012.

Claudette enjoyed crochet, loved baking and being with her family during the holidays. She had a great sense of humor, and loved a good joke.

Claudette is survived by her son Layne Hummel of Hornick; her daughters Kristie Pickens of South Sioux City and Jodie (Gary) Larson of Sioux City; and her grandchildren Anna Larson, Zach Hummel and Leah Hummel.

She was preceded in death by her parents and her son-in-law, Barry Pickens.