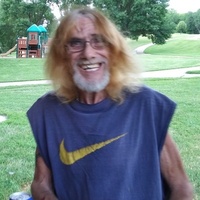 Martin Jon Morey was born November 12, 1954 at Grundy Center, Iowa the son of Lee and Darlene (Miester) Morey. He moved with his family to Sioux City where he graduated from East High School.

Over the years, Martin worked construction, retiring from Klinger Construction in 2017.

Martin was a member of and active in the Labor Union. He enjoyed fishing, riding Harleys and just being outside.

Martin is preceded in death by his parents and a brother, Tom Morey.