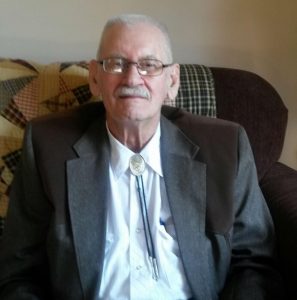 Edward “Jake” Fundermann, age 83, of Anthon, passed away on Friday, April 16, 2021 at the Horn Memorial Hospital of Ida Grove.

A funeral service was held on Monday, April 26, 2021 at 10:30 a.m. at the St. John’s Lutheran Church of Battle Creek with Pastor Randall Cormeny officiating. Burial will be held at the St. Paul Lutheran (Midway) Cemetery of Battle Creek.  The Nicklas D. Jensen Funeral Home of Correctionville is in charge of the arrangements. Online condolences can be made at nicklasdjensenfh.com

Edward Fundermann, the son of Theodore and Emma (Benker) Fundermann, was born on May 6th, 1937 at his farmhouse south of Anthon, Iowa. Edward grew up on his family farm south of Anthon and went to school at Miller #2 country school until eighth grade. He was baptized and confirmed into the Lutheran faith at the Lutheran church at Midway.

On May 10th, 1959 Edward married Geraldine Eyer at the Lutheran Church in Anthon, Iowa. The couple moved to Litchfield, Minnesota in 1963 where Edward worked at a machine shop, Litchfield Machine Works, until they moved to Battle Creek, Iowa in 1965. Together the couple had six children. The couple later parted ways.

Edward worked at Gomaco, Inc. in Ida Grove, Iowa from 1965 to 1983. He then started his own business in Battle Creek until his retirement in 2000. In 2007, Edward moved to his family farm south of Anthon to enjoy the rest of his retirement life with his favorite companion, his dog “Duke”.

Edward had several hobbies; he loved to spend time with his kids and grandkids and to socialize with his friends in the coffee shops. He also enjoyed bowling and hunting in his younger years.