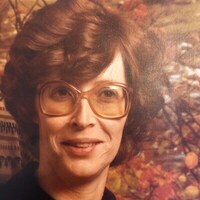 Sharen was born on June 9, 1947 in Omaha, Nebraska, the daughter of Robert and Florence (Roush) Carrell. Sharen grew up in the Moville/ Climbing Hill area, graduating from Woodbury Central High School.

On January 5, 1981 Sharen was united in marriage to William Leaverton. Together they made their home in Sioux City. Over the years she worked at Hirschbach Trucking and Mercer Trucking.

Sharen loved spending time with her family and also enjoyed sewing, gardening and baking. She enjoyed learning using her cell phone and Facebook to stay in touch with her family.

The family wishes to include a special thank you to her Hospice care takers; Sherri, Melissa, Ida, Nicole and Sheila.