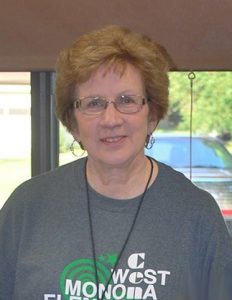 A private family graveside service will be held at Floyd Township Cemetery Bronson, Iowa with Pastor Catie Newman officiating. Arrangements are under the direction of Rush Family Care Service of Onawa, Iowa. Condolences may be left online for the family at www.rushfamilycareservice.com.

Annette was born on April 12, 1945 in rural Woodbury County, Iowa. She was the daughter of James Willis and Margaret Susan (Foster) Rogers. She grew up on a family farm south of Moville, Iowa. She attended school in Moville and graduated from Woodbury Central High School in 1963.

She attended Morningside College earning her bachelors in education. Her passion was teaching elementary education. Mrs. Warren taught 4th grade at West Monona for many years.

Mrs. Warren loved making an impact in the lives of each and every child she taught. She was a member of several organizations within the Onawa Community.

Over the last 52 years they enjoyed their time on their small acreage gardening, raising their family, and enjoying each other’s company. In her retirement she enjoyed reading, volunteering, gardening, and most of all attending her children and grandchildren’s activities. Annette was a devoted teacher, wife, mother, and grandmother.

She is preceded in death by her parents, Willis and Margaret Rogers, and two brothers, James and David Rogers.

Margaret WarrenIn lieu of flowers, the family is requesting that donations are made to the “Read to Succeed Program” – 1009 Iowa Avenue, Onawa, Iowa, 51040.