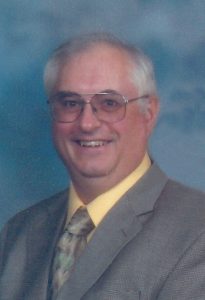 Francis Wayne “Frank” Drevs, the first-born son of Robert M. and Mary R. (Shay) Drevs, was born on December 16, 1949, in Sioux City, Iowa. He was baptized and confirmed in his faith at the Immaculate Conception Catholic Church of Moville, Iowa.

Frank grew up in Moville and graduated from Woodbury Central with the class of 1968. He enlisted into the United States Army and honorably served his country from 1969 to 1972.

While living in Sioux City, Iowa, Frank met the love of his life Jeanette Maguire and on September 3, 1977, the couple were united in marriage at the Sacred Heart Catholic Church of Ida Grove, Iowa.

The couple made their home in Holstein, Iowa, until they settled on the family farm by Ida Grove. Frank and Jeanette were blessed with two daughters, Amanda and Samantha. A devoted and hands-on father, Frank was very active in his daughter’s lives. He supported them in their school activities and their 4-H activities, he later served as a local 4-H leader.

Frank also volunteered and served as past president on the Ida County Fair Board for many years. Treasuring the years with his daughters at home, his love grew as thy began families of their own earning him the title of Grandpa.

Frank was employed with Midwest Industries in Ida Grove for 41 years before retiring. He was a devoted Catholic and a member of the Sacred Heart Catholic Church of Ida Grove. He served as a lector, Rosary leader, and was a 4th degree with the Knights of Columbus. This devoted brother, husband, father, grandfather and uncle will truly be missed by all who loved him.

Frank was preceded in death by his parents Robert and Mary Drevs; parents-in-law Ray and Lois Maguire; sister Rosemary Drevs; twin daughters Ann and Mary; and numerous aunts and uncles.

In lieu of flowers donations can be made to the Ronald McDonald House or the Knights of Columbus.