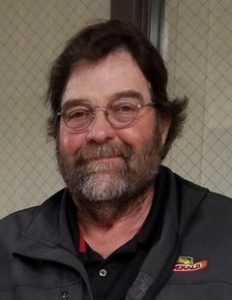 A funeral mass was held on Saturday, May 15, 2021 at 10:30 a.m. at the Immaculate Conception Church of Moville with Msgr. R. Mark Duchaine officiating. Burial will be held at the West Fork Township Cemetery of Climbing Hill.

A visitation was held on Friday, May 14, 2021 from 5:00 p.m. – 8:00 p.m. at the Immaculate Conception Church of Moville. The Nicklas D. Jensen Funeral Home of Moville is in charge of the arrangements. Online condolences can be made at nicklasdjensenfh.com

Marlin L. Groth, age 66, of Moville, Iowa passed away Tuesday May 11, 2021. Marlin “Marly” was born January 10, 1955 on the Warren Air Force Base in Cheyenne, Wyoming to Leo and CoeLeta (Neville) Groth. He grew up on a farm near Climbing Hill and graduated from Woodbury Central High School in 1973.

On June 25, 1977 Marlin married his high school sweetheart Kathi (Bennett) and five children were born to this union: Rachelle, Teresa, Rebecca, Christina and Bennett. Marlin was a lifetime farmer and custom fed cattle for 43 years. He was able to share his farming adventures with his son Ben, who he looked to for support and strength (and technology).

When the kids were young, Marlin drove “Hard Cash” with the Midwest 2×4 Pickup Puller’s Association. He loved going to tractor pulls, riding his motorcycle on Tuesday nights with friends, antique tractor restoration, and going on tractor rides with Kathi.

In 2018, he was presented with an award for 50 years of dedicated service with the Woodbury County Fair Tractor Pull.

One of the biggest highlights of Marlin’s life were his grandkids. He made sure every one of them knew the farm life and how to get their hands dirty. They will miss the tractor and ranger rides with Papa and taking meals out to him in the fields during planting and harvest season.

He was preceded in death by his mother.