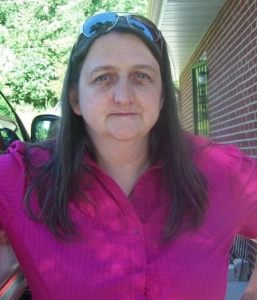 The Nicklas D. Jensen Funeral Home of Moville is in charge of the arrangements. Online condolences can be made at nicklasdjensenfh.com

Joan was united in marriage to William H. Williams on April 30, 1988 in Sioux City, Iowa. To this union three children were born: Michael, Jonathan and Jessica.

She worked at Gateway 2000 from 1990-1998 and then was a stay-at-home mom until 2003 when she re-entered the workplace at ITW in Poynette as a receptionist until 2018. Joan moved to Madison, Wisconsin and was a lead in customer service at Ashley Home Store.

Joan enjoyed spending time with family, holiday baking, and doing genealogy. She was extremely generous and opened her home to friends or family whenever anyone was in need. She was a hard worker and dedicated to her family. Joan also liked traveling, photography and carnations. She was a Cub Scout leader, Boy Scout leader and a Girl Scout leader. Joan was a member at St. Michael’s Catholic Church in Dane, Wisconsin.

Joan is survived by her children, Michael of Moore, OK; Jonathan and Jessica, both of Madison, WI; eight grandchildren; brothers Duane, Ronnie and Randy, all of Sioux City, Iowa; and a sister, Diane of Hooper, NE.