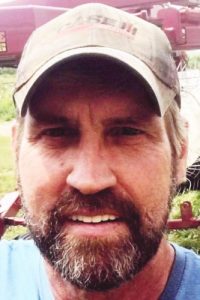 Layne Gale Hummel was born July 12, 1961 in Sioux City, Iowa, the son of Norman and Claudette (Hettwer) Hummel. He graduated from West High School in 1979.

After graduation, Layne worked at Harry Batchelor Farm Store in Sioux City and later at Ludvigson Land and Cattle Farm. In 1993, he moved to Hornick and started farming on his own.

Layne and his son, Zachary worked together raising alfalfa and custom baling. He enjoyed working in his shop, welding and painting, and fixing things for his family and friends. Layne was known for telling the “Joke of the day.”

He was preceded in death by his mother, Claudette Hummel, on March 25, 2021; and brother-in-law, Barry Pickens.