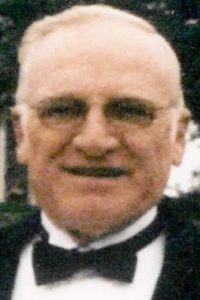 Memorial Mass will be 10:30 a.m. Saturday, June 19, at St. Michael Catholic Church in Kingsley. Military rites will be conducted at the church by the U.S. Navy and American Legion Post 140 of Kingsley. Burial will be at a later date. Visitation will be one hour prior to the Memorial Mass.

Max Armand McConnell was born March 13, 1936, to Kenneth A. and Dorothy (Herbold) McConnell at Fielding, Iowa. Max grew up in the Fielding area and graduating from Kingsley High School in 1954. Following that, he enlisted in the U. S. Navy where he served for 22 years until he retired.

He married Jo Timmins Sept. 1, 1956, in Moville, Iowa. After their marriage, Max and Jo moved to various locations until his honorable discharge in 1973. They moved to Kingsley in 1973, where they have lived since that time. Max was a member of St. Michael Catholic Church, Knights of Columbus, Kingsley Fire and Rescue and American Legion Post 140 of Kingsley. When first back to Kingsley, Max was an umpire for Girl’s High School softball for a number of years.

Max was preceded in death by his parents; a sister, Sharon Hendricks; and brothers-in-law, Bob Tenboer and Jerry Timmins.