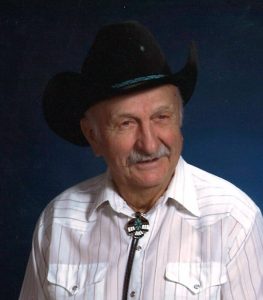 A funeral service was held on Tuesday, June 22, 2021 at 1:00 p.m. at the United Methodist Church of Moville with Pastor Harold Werley officiating. Burial will be held at the Pleasant Hill Cemetery of Ireton. Nicklas D. Jensen Funeral Home of Moville is in charge of the arrangements. Online condolences can be made at nicklasdjensenfh.com

Earl L. Degen was born May 4, 1930 in Sioux County, Iowa to Eldo and Alva (Struckenbruck) Degen. He graduated from Ireton High School in 1947.

Earl was married to Wilma Westergard and they were blessed with four children: Donna, Barb, Mark and Todd. He was later married to LaVonne Blessing.

On October 7, 2000 he was married to Pert Powell in Climbing Hill. They made their home in Moville, Iowa.

Earl worked as a Federal Meat Inspector and was a farmer. While living in Ireton he was a member of St. Paul’s Lutheran Church, then joined the United Methodist Church of Moville when he moved there. He was a member of the Hawarden Saddle Club and the Eagles of Hawarden. He enjoyed sports and when his children were younger, he was a PeeWee coach in Ireton.

He also loved horses and spending time with his children, grandchildren and great-grandchildren.

Earl was well liked and could talk to anyone. He had a great sense of humor and was a patient man.

He was preceded in death by his parents; two wives, Wilma Liston and LaVonne Degen; his son-in-law, Jeff Marienau; sisters, LaVonne Becker and Norma Heuer; and a brother, Wilber Degen.