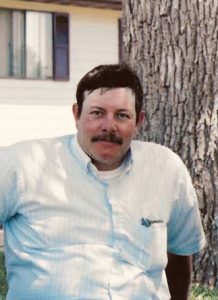 Kenny was born October 21, 1966 in Sioux City, Iowa the son of Marion and Hilda Webb. He grew up in Waterbury, Nebraska and graduated from Ponca High School.

Kenny joined the Army and was honorably discharged. He married Jayme Godfrey July 9, 1991. Together they made their home on the farm near Moville. Over the years, Kenny worked at Schaeff Manufacturing Inc. until its closing and at Walmart in Assembly for over eighteen years.

Kenny loved spending time with his family and playing pranks on them. His favorite place was on the farm, spending time outside, fishing and hunting. Kenny would stop everything at the drop of a hat to help anyone who needed help. He was a good friend.

He was preceded in death by his parents and an infant brother.