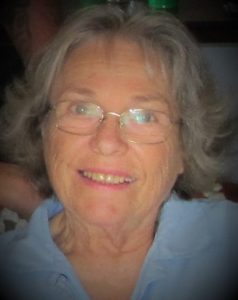 Dianne Elaine Ashmore, 81, passed away peacefully on June 19, 2021, in St. Joseph, Missouri, with family at her side.

A private service was held graveside June 23, 2021, at Mt. Auburn Cemetery in St. Joseph, MO. Arrangements under the direction of Rupp Funeral Home. Online obituary and condolences at www.ruppfuneral.com

Dianne was born in Correctionville, Iowa on October 26, 1939. She remained in Iowa for a few years after graduating high school before venturing out to see other places.

During her lifetime she lived in many places throughout the United States, as well as in Mexico. Having previously lived in Missouri, Dianne decided that it would be her forever home and returned in 1987.

She resided in Joplin, Forsyth and St. Joseph before moving to live in Albany for several years. She then spent a few years in New Hampton before returning to St. Joseph in 2020.

Dianne worked as a real estate agent, a social worker and (oddly enough) a long-haul truck driver, but was chiefly a homemaker.

When she was of retirement age, she bought a farm to fulfill her dream to raise chickens, sheep, and llamas. She enjoyed gardening, sewing (there was nothing she could not make on a sewing machine) and baking.

Dianne is a member of the Church of Jesus Christ of Latter-Day Saints, and though she did not participate in services for the last few years of her life, her Heavenly Father was a source of peace and security for her until the end.

She was preceded in death by her parents Max Willoughby Ashmore and Doris Elaine Ashmore and her brother, David Earl Ashmore.

Dianne is survived by her children, her daughter Elaine Bundy (Portland, OR) and son David Bundy (Columbia, MO); grandchildren Aaron Bundy and Ariel (Bundy) Schlorff, and great-granddaughter Roselynne Schlorff, all in St. Joseph.

The family sends heartfelt thanks and gratitude to St. Joseph Senior Living and AseraCare Hospice for providing care and comfort in the last days of our mother, grandmother, and great-grandmother’s time with us. Memorials are suggested to Alzheimer’s Association.