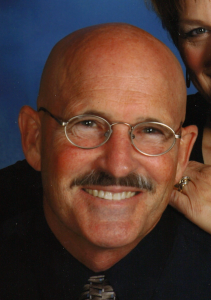 His battle with cancer began in January 2019 but he never gave up. He fought it as he lived, with dignity, bravery and strength, never complaining. His last days were blessed with family as well as amazing staff from St. Croix Hospice. He was surrounded by love of his family on his journey to our Lord. Joe passed this life as he lived, with dignity, integrity and grace.

A funeral service was held on Sunday, June 27, 2021 at 9:30 a.m. at the St. John Lutheran Church (155 Deer Run Trail, of Climbing Hill) with Pastor David Schoop officiating. Burial will be held at the West Fork Township Cemetery of Climbing Hill with military rites conducted by American Legion Wink-Sparks Post #303 of Moville.

Joe graduated from Woodbury Central in 1969. Joe attended Iowa Lakes Community College and WITC Meat Cutting School. Joe drew #16 in the Viet Nam draft lottery. Every job interview ended when asked his draft number. He was told to come back after he returned.

He and Patti planned to marry after her graduation in 1971. The Lord had other plans, as He knows our entire life’s story. Instead Joe and Patti married on November 22, 1970 and had two months together before he was called to duty.

Joe proudly served our great country for 20 years and 29 days. His Military career began when he attended Basic Training in Fort Leonard Wood, Missouri. He then served in Fort Sill nearly two years.

He and Patti then returned to Iowa to the family farm. In 1986 Joe joined the Iowa National Guard, 133th Cavalry in Sioux City, Iowa, Red Bull Division. During this National Guard service, he was called to Active Duty to serve in Operation Iraqi Freedom. Joe served with Fox Company, Red Bull Brigade, 1st of 1-133rd Infantry out of Waterloo Iowa.

He served in Iraq for almost two years in an extended stint of duty. When his unit left Iraq, the campaign was Operation Enduring Freedom. He received several commendations, awards and medals, as he was outstanding in his service as well as his private life.

Joe made many wonderful friends in these soldiers he served with and was proud to know every one of them.

Aside from his Military Service, he served as a Bridge Inspector the IDOT until retirement in 2016.

To their marriage were born three amazing children, Jason Craig, Brandon Michael and Jessica Jo. Jason and Heather blessed Joe and Patti with two grandsons, Chase and Hunter Bryan. Jessica and Darren Strain blessed us with 4 granddaughters, Keeley and Mykenna Beers and JJ and Cadence Strain.

Joe LOVED his family and spending time creating his acreage, hunting, fishing, kayaking and boating with his children and grandchildren. He and Patti also enjoyed going to concerts together, riding in their four wheeler with Getty and Dolly Jo and just being TOGETHER.

We will carry in our hearts many treasured memories of our beloved Joe.

Joe has been a member of St. John’s Lutheran church in Climbing Hill since 1971. He especially LOVED Pastor Schoop’s Bible Studies; the warmth, kindness, and fellowship of the congregation there.

Joe was preceded in death by his son, Brandon and his parents.