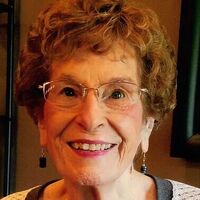 A Celebration of Life service was held at 11 a.m. on Saturday, June 26 at the Kingsley Congregational Church. The service has been live-streamed at rohdefh.com. Visitation was from 5 to 7 p.m. Friday, June 25 with a family sharing time at 7 p.m. at Rohde Funeral Home in Kingsley. Online condolences may be sent to rohdefh.com.

Marian was born Sept. 5, 1934, in Huron, South Dakota, the daughter of Holland and Mary (Zeigler) Vollenweider. She grew up in Bonilla, South Dakota, and Lawton and Moville, Iowa. Marian graduated from Moville High School in 1952. Following graduation, Marian earned a teaching certificate from Iowa State Teachers College in Cedar Falls, Iowa, in 1954.

Marian Vollenweider and Russell Graham were united in marriage June 26, 1955. To this union, two children were born: Allan and Joan. Following their marriage, Marian and Russ lived in several locations while Russ worked for S.S. Kresge, later to be known as K-Mart. In 1969 they moved to Holstein, Iowa, where they opened Graham’s, a variety store, and two years later they opened one in Kingsley. After 15 years, they added screenprinting and embroidery to their businesses. Russ and Marian were in business for 45 years.

Marian taught kindergarten for three years in Sioux City and helped start a preschool in Denver, Colorado. She owned and operated a pre-school and kindergarten in Galesburg, Illinois.

Marian’s passion was her love and devotion to God and her family.

Marian enjoyed playing the piano for church, singing in the choir, and teaching Sunday School. She was a youth leader for Methodist Youth Fellowship and the Girl Scouts.