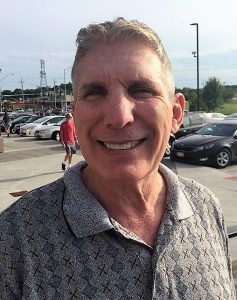 Funeral services were held at 10:30 a.m. Monday, July 12, 2021, at Pierson United Methodist Church in Pierson, Iowa, with Pastor Berth Kayembe Lundula officiating. Burial will be at Greenwood Cemetery in Pierson. Online condolences may be sent to rohdefh.com.

Russel was born October 21, 1953, at home in Moville, Iowa, the son of Donald J. and Betty (Weinreich) Jahn. He grew up in Pierson, graduating from Kingsley-Pierson High School.

Following high school he graduated from Northwestern College in Orange City, Iowa. After that Russel lived and traveled to many locations throughout his life including Okoboji, Iowa, Florida, Colorado and Omaha, Nebraska.

Russ earned his IT degree from Western Iowa Teach which led him to working jobs all over the United Sates and even in Germany. He was a member of the Pierson United Methodist Church.