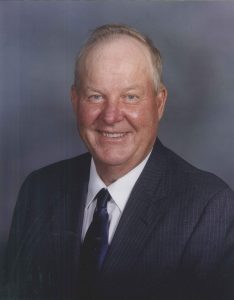 Richard “Dick” Riemenschneider, 82, of Pierson, Iowa passed away unexpectedly at his home on Monday, July 12, 2021.

A Time of Remembrance and Sharing Service was held at 7 p.m. on Monday, July 19, 2021 at the Johnson-Earnest Funeral Home in Kingsley. Visitation began at 2 p.m. on Monday with the family present from 5:30-8 p.m.

Burial will take place at a later date at Banner Township Cemetery, Lawton, Iowa. Expressions of sympathy may be directed through www.mauerjohnsonfh.com

Richard “Dick” Emery Riemenschneider was born on May 22, 1939, on the family farm north of Pierson, Iowa, the second of four boys born to Emery and Anne (Paulsen) Riemenschneider. As a child, he was baptized and confirmed in the Lutheran faith. Dick attended Grand Meadow School until his junior year. The family moved to the home place and then he attended 12th grade at Pierson High School where he graduated.

Dick and Evelyn Hoop were married in 1961 and had three children, Sherri, Rick and Dave. They later divorced.

On June 22, 2002, he married Davett Maples in Lawton, Iowa. Dick became a step-father to Nicole Maples and Denett Benson, whom were very proud to call him dad.

Dick served in the United States Army Reserves prior to earning an Honorable Discharge in 1961. He was a lifelong farmer and steward of the land, which provided support and a way of life for his family. In early years, he raised hogs for showing at county fairs and later served as a 4-H judge.

Dick was a member of two square dance teams. He was an avid fisherman and hunter as well as a lifetime member of the NRA. Dick played cards on a daily basis and won many Euchre tournaments. Along with farming, he sold sweet corn with his sons for over 40 years. His gentle love, quiet humor and warm smile will be missed and never forgotten.